Challenging weekend for Samuel HSIEH in the Macau Guia Race

Samuel HSIEH finished 10th and 15th in the two races of the 2022 Macau Guia Race on his debut in the team’s Lynk & Co 03 TCR, in a weekend filled with drama which prevented him from showing his true pace.

HSIEH was the team’s only entry in this year’s Macau Guia Race, with the team’s programme in the Macau Touring Car Cup seeing them field three cars with ZHANG securing victory on Sunday.

HSIEH last raced in 2019 with Teamwork Motorsport at the TCR Spa 500, and full time in the 2017, and had spent time in the last weeks preparing for this weekend’s event. Unfortunately, the city famous for gambling threw a lot of bad luck the Hong Kong driver’s way for his Guia Race debut.

In qualifying, a fuel pump issue meant he had to abort his first run and return to the pit lane. A quick repair and he was back out and ready to set a good lap time before the session was red-flagged with just over four minutes to go. While there was technically enough time to restart the session, to keep to the schedule the session was not resumed, and this meant HSIEH would be forced to start a very unfavourable 22nd place for Saturday’s qualifying race.

HSIEH made a great start for the race but as the two race leaders crashed out as Lisboa and blocked the track, HSIEH lost over a minute as he was forced to queue as the cars recovered. With no safety cars or red flags in this race, this meant he was too far back to make any more meaningful progress and would have to settle for 10th place.

For Sunday’s Guia Race, HSIEH made a great start again and was challenging for fourth into the first corner, before settling into seventh by Lisboa in a frenetic start, but unfortunately it was soon discovered HSIEH’s start was a little too good as he was handed a ten-second time penalty.

The race was as chaotic as a Macau race often is, with two long safety car deployments, followed by a red flag on the final lap after a major incident involving two cars ahead. With the race effectively finishing with no time to build any gaps, HSIEH’s ten-second penalty dropped him all the way from sixth to 15th and last on the road.

All-in-all it was a weekend of what might have been for the Hong Kong driver.

“This was just a typical Macau weekend really. We never had a chance to show our pace in qualifying due to the red flag, and from there our weekend just unravelled.

“I had made a great start on Saturday and could definitely have been able to challenge the leaders, but losing so much time as one of the cars ahead blocked the track meant we had to settle for a rather average result.

“Then on Sunday, there was no real green flag running at all as there were too many incidents. To cross the line sixth was as positive as it gets, as there was no chance for me to undo the damage from my jump start penalty. But that’s Macau.” 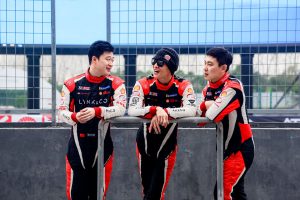 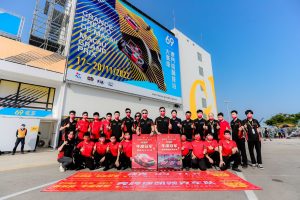